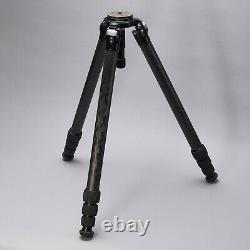 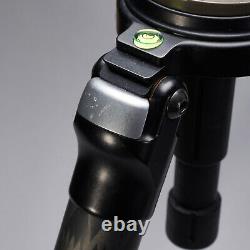 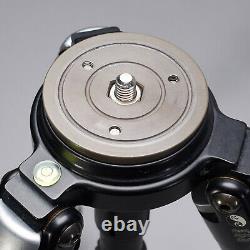 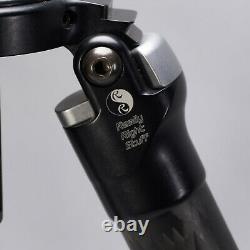 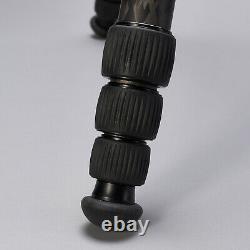 Really Right Stuff Versa TVC-34L Carbon Fibre Tripod in very good condition with normal signs of use. Fitted with a Manfrotto Half ball. The TVC-34L Series 3 from Really Right Stuff is a mid-weight carbon fibre tripod designed for use in both the field and studio. Constructed from Really Right Stuff's patented carbon fibre weave, the TVC-34L. Quick set-up and break-down is facilitated by easy-to-use twist locks, which require just a quarter rotation to unlock and re-lock each leg section. This design also helps to maintain the tripod's slim folded silhouette. Each leg is attached to the tripod's collar via an offset leg joint that helps to evenly distribute heavy loads and maintain the tripod's rigidity.

The joints and collar are constructed of lightweight anodized aluminium which, aside from lending inherent strength to the tripod, also provides it with natural wear and corrosion resistance. Each one of the three leg joints also feature a variable angle stop that automatically locks into place as the legs are folded downward into "standard" position.

The item "Really Right Stuff Versa TVC-34L Carbon Fibre Tripod" is in sale since Wednesday, April 21, 2021. This item is in the category "Cameras & Photography\Tripods & Supports\Tripods & Monopods".