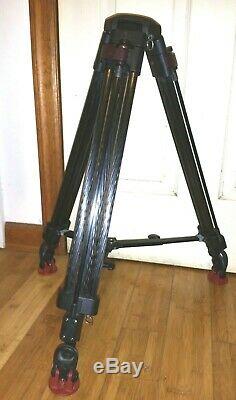 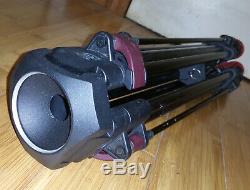 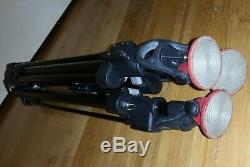 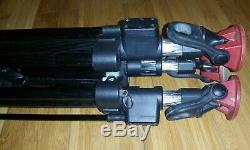 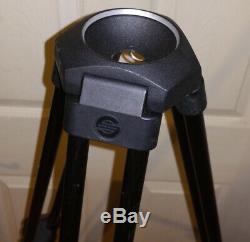 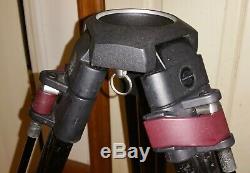 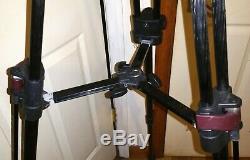 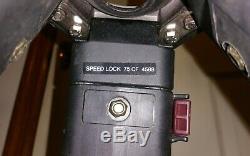 The Sachtler Speed Lock 75 CF Tripod and Mid-Level Spreader Set is a compact and lightweight solution for ENG and HDV applications. It includes the 4588 Speed Lock 75 CF Tripod with 75mm bowl, and the 7011 Mid-Level Spreader and Foot Pads Kit. The dual-stage carbon fiber tripod with quick release clamp has a load capacity of 44 lb and an eye for attaching a carrying strap (not included). The mid-level spreader kit includes self-aligning rubber feet. The tripod and mid-level spreader can be folded with one hand and the tripod folds down to just 25.6 inches.

It has a 75mm half bowl for rapid levelling. Sachtler Mid-Level Spreader 75 with Rubber Foot Set. Unlike a ground spreader, the Mid-Level Spreader 75 with Rubber Foot Set from Sachtler enables you to set your tripod's legs at individual heights. This adjustable spreader is especially useful when positioning the tripod on surfaces of varying heights, including stairs and other stepped platforms. Fasten the included rubber feet (set of three) over the tripod's leg spikes to provide secure footing on flat surfaces.